On Friday the 7th of May we are joined by Romana Echensperger, Master of Wine, for another edition of our talk show “Cellar Talks”. Romana will join us to talk about her career in wine as a MW, and Germany as a wine country.

Germany has about 103,000 hectares of vineyard, which is around one tenth of the vineyard surface in Spain, France or Italy. The total wine production is usually around 10 million hectoliters annually, corresponding to 1.3 billion bottles, which places Germany as the eighth-largest wine-producing country in the world. White wine accounts for almost two thirds of the total production.

As a wine country, Germany has a mixed reputation internationally, with some consumers on the export markets associating Germany with the world’s most elegant and aromatically pure white wines while other see the country mainly as the source of cheap, mass-market semi-sweet wines such as Liebfraumilch.

Among enthusiasts, Germany’s reputation is primarily based on wines made from the Riesling grape variety, which at its best is used for aromatic, fruity and elegant white wines that range from very crisp and dry to well-balanced, sweet and of enormous aromatic concentration. While primarily a white wine country, red wine production surged in the 1990s and early 2000s, primarily fuelled by domestic demand, and the proportion of the German vineyards devoted to the cultivation of dark-skinned grape varieties has now stabilized at slightly more than a third of the total surface. For the red wines, Spätburgunder, the domestic name for Pinot noir, is in the lead.

In our show we will discuss the characteristics of Germany as a wine country, the German wine law, the most famous wine regions and wines and of course we will talk about Romana’s impressive career and work as one of the about 400 Masters of Wine (MW) in the world.

Following her stations as head sommelière in various top-class restaurants in Germany and Spain Romana set up her own business in 2011. After following an extensive wine education (primarily on the WSET track) she graduated for the WSET Diploma Course (WSET 4) in 2005 and attained the highest degree in wine education in 2015; becoming one of (currently) about 400 Masters of Wine in the world.

With her company she naturally remained faithful to her great passion – wine. Today she works as a consultant, educator and journalist, both in Germany and abroad. As a wine journalist, she contributes regularly to German and Dutch magazines, and has her own wine column in the daily newspapers of the DuMont publishing house in Germany.

Romana regularly carries out workshops for the German Wine Institute on the many facettes of German wine.

We are looking forward to talking to Romana and learning from her background, experiences and Germany as a wine country. Be sure to tune in on Instagram Live through our Dutch Wine Apprentice account on Friday the 7th of May, 19:30h CET.

Click here for instructions on how to follow a live show on Instagram Live. If you have questions for our guest you are welcome to prepare them and e-mail them to us or send them as a direct message on our Instagram account. 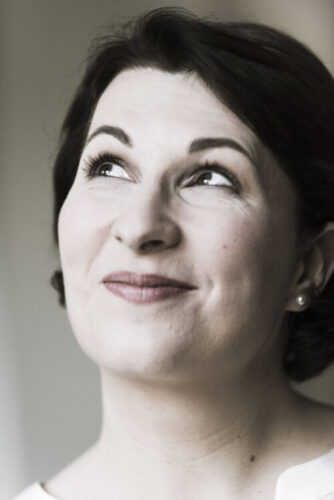